On my Orange Orb blog at Word Press, I wrote a post about a dream I had involving the world of the weird (which is what the Orange Orb blog is about) and haiku. Who knew such things could be connected? In my subconscious, they often are. Circus and Haiku: A Positive Omen for Creativity?
Posted by Regan Lee at 6:28 PM No comments:

Love Kerouac's haiku. Here he is reading his work, accompanied by wailing sax and such: Kerouac Blues and Haiku on YouTube.

I Feel Like Saying A Beatnik Poem 1950's B Movie Style

"Poetry" by Regan Lee at No Shame Theater, Eugene


My first time at the No Shame Theater in Eugene, Oregon, reading my stuff. I was very nervous; hadn't read in public for literally decades (when I used to read at Water in L.A. and other places.) Once I got going however it was great. I'll be back in August. Wonderful people too!
Posted by Regan Lee at 7:02 PM No comments:

Years ago, I subscribed to Modern Haiku. I recently re-subscribed, and the issue arrived the other day. Beautiful.

While I've been writing a lot of haiku again the past couple of years, I hadn't pursued various publications, other haiku poets, or my own submission/publication goals. But I'm back to it!

Along with my rediscovered exploration, I've been writing Haibun. Haibun is a short (anywhere from 20 to 300 words) (more or less) poem, essay, narrative, memory, recollection, prose piece, autobiography, micro-story, poem, and ending with a haiku. The Haibun can have a title.

Several things about this form I love. There is 'Zen zone' between the end of the haibun and the haiku. The haiku is not a linear conclusion. It stands alone, as does the haibun. But they also go together.

The haibun needs to be descriptive, sensory, detailed, succinct, non-repetitive.

I have a Haibun work-in-progress. It's not finished; this is the second draft. It started out as a poem, but I've been re-working it to fit into the Haibun form.

My father -- Big D we called him -- was an amateur photographer. He'd develop his photographs in our living room; trays of smelly solutions transforming paper into black and white images. Big D would develop horrible cracks, peeling skin, on his hands from the chemicals. He gave me his Olympus camera. I felt important, proud, and loved taking photos of the L.A. art museum on Wilshire, billboards, cemeteries. But then he took it back. My dad was also an actor and ex-child performer in the Tom Mix circus. He was killed in an episode of Gunsmoke, the naive and well-meaning young cowboy shot dead by the villain. He rehearsed a role from the Ice Man Cometh in our living room, scaring the shit out of me with his emotional coldness. He directs me telling me to scrams as I run through caves at Bronson Park. "Again!" he yells. My screaming is not sincere enough. I try again, running, shrieking . . . "Stop!" commands Big D. "Do it once more ... really act like you're frightened." Jesus Dad, I'm scared every goddamn day. What the fuck? But I do it again. And again. Still, it doesn't take.

So that's the work in progress. Another version of the haiku at the end:

a narrowing cave
ochre walls crumble
at the end -- a glow

I've written three Haibun so far. The first two I'm very happy with, but can't post them here since I'll be submitting them to Haibun.com and Modern Haiku.

The one I've published here; I get happier with it as I work with it, but it's not quite there yet. As far as the haiku goes, they give off different feelings. The first one, closer to what I was feeling and the overall emotion of the Haibun. The second, is a little more hopeful. I think I'll stick with the first one.

“The term syllable is an inaccurate way of describing the actual metrical units of Japanese poetry.”
—Haruo Shirane, in his introduction to Kōji Kawamoto’s The Poetics of Japanese Verse (Tokyo: University of Tokyo Press, 2000)

“I don’t think counting 5,7,5 syllables is necessary or desirable. To reflect the natural world, and the season, is to reflect what is.”
—Gary Snyder

Indeed, the point of the “no 5-7-5” NaHaiWriMo logo is to emphasize that it’s a widespread misunderstanding to think of haiku merely as anything written in 5-7-5 syllables. Remember, 5-7-5 does not a haiku make. (NaHaiWriMo.com)


Oh I love this article! As I love the website. NaHaiWriMo --- haiku that does not follow the entrenched idea among westerners that haiku must be 5-7-5. Three lines that must have 5 syllables in the first line, 7 in the second, and 5 in the third.

I am an educator. I cringe and freak every time a well meaning teacher teaches their class about haiku. Students happily write haiku, following the mandate they're taught from the beginning: haiku has to have three lines of 5-7-5.

It's frustrating to have students, excited by the idea of haiku, become stuck in the 'right way' to create a haiku. After all, their teachers taught them that. Trying to gently teach them otherwise -- students and adults -- is difficult. That's when I pull rank; I'm a published haiku poet, etc. Still, I get suspicious looks, as if I'm not really correct and am somehow misinformed about all this.

The NaHaiWriMo site has an excellent article on why 5-7-5 is not the goal of writing haiku. It is not the 'rule.' 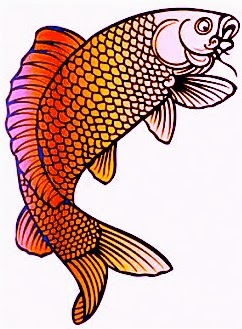